You are here: Home / Life / 6 Things I Learned Over the Last Decade

This decade has been FULL of ups and downs, as it is with anyone. It’s pretty typical of the human brain to primarily remember the bad times, so I made an effort to also consider the good things for each year. It’s amazing how much happens in 10 years! Ten years ago I was a single, 21-year old, college student, working part time, living on my own, and had my whole future ahead of me!

2010: I was 20 lbs heavier, eating processed food and Mexican food almost daily while working part time at 7-Eleven while in community college. I met my husband, who was my first serious relationship and I made some lifelong friends through him. My grandpa passed.

2011: I bought my first car with my own money! My husband and I moved in together and that was a rollercoaster! There was a point where I thought we were done. Things of course did get better. My dog, Tootsie, went missing and was never found. I was devastated.

2012: My husband faced some health issues, my other grandpa passed. I applied for universities and was accepted into my # 1 school, only to have to withdraw because of tuition (they marked me as out of state even though I lived 30 minutes from campus😫)

2013: That summer, a good friend and her son were horrifically and very publicly murdered and her daughter kidnapped.😭 I applied to universities again and was accepted and moved to Santa Cruz, met some of the best friends of my life! I got into the lab of my dreams working under a very well known researcher and learned a TON.

2014: Hubby proposed, my mom battled some serious mental health issues that stressed me out and sent me crying on the daily while trying to focus on school. I graduated at the end of the year and finally the two years of long distance ended for hubs and I.

2015: We got our first baby, Sherlock. Sent out job applications and couldn’t catch a break with my new degree. Then got my first big girl job at a medical office. We got married (I gained a huge and loving whole other family!), bought our first house, and a dear family friend’s wife passed all in the same month. We got Roxy to keep Sherlock company because he had severe separation anxiety. One of my uncles had a heart attack on Thanksgiving.

2016: My uncle that experienced a heart attack passed away and the family friend died of heartbreak from his wife passing the year before. Then I had a miscarriage. Another uncle unexpectedly passed in his sleep. Then pregnant again and terrified everyday that I would lose this one.

2017: Aurora entered our lives after an intervention filled delivery.❤️ My FIL was diagnosed with cancer.

2018: Sherlock had emergency back surgery with a good prognosis only for the worst prognosis to occur (less than 1%). Read about his story here.

2019: spent the beginning of the year not sure if Sherlock would live, worked hard on rehabilitating him. Got preggo with Bailey and it flew by! My FIL lost his battle with cancer.😭 My husband’s health issues re-emerged. Bailey made her way into the world fast (in the car!) and the first month was difficult. Now things have finally settled down and we are happy to have an uneventful life THUSFAR.

Here’s to hoping that the 2020s decade will have more good than bad.❤️ Though I think it is important to have the lows in order to make sure that you really appreciate the highs!

What I learned over the last 10 years

This too, shall pass. This is particularly true in rough patches when you feel overwhelmed. It’s human nature to catastrophize situations and feel like they’re never ending. Especially when you have a newborn that doesn’t like to sleep for more than 1-2 hours at a time. Remember: It’s only a phase. There is no such thing as a “new normal,” because life is constantly ebbing and flowing, so don’t think that this “normal” is going to last long!

It’s all about perspective. Everything in life involves a stimulus and a reaction. You have complete control over your reaction. This reaction will shape how happy you are, so be attentive to it. When faced with difficult times, especially if they are fleeting: why prolong the bad situation by fixating on it? Don’t subject yourself to negativity any longer than absolutely necessary. This one is generic enough to encompass nearly everything that you face in life. It has been pivotal in helping me be resilient to the hard times.

Most folks are as happy as they make up their minds to be.

Just because you haven’t heard of other people being able to successfully do something, that doesn’t mean that it’s impossible. When my husband and I were faced with long-distance for two years, I was desperate to find out if others had been able to survive such a thing. I did not find any inspirational stories though and was really nervous that the long distance was a death sentence on our relationship. Lo and behold, we did survive it. It took effort, but it was actually really good for our relationship. This also applies to anything requiring hard work to accomplish: if there is a will, there is a way!

There are bad people in this world, don’t let them rob you of your joy. After a good friend was murdered by one of her friends, it shook my sense of security. I sat with both of those friends just two weeks before the incident and it still blows my mind that that crazy person was plotting this. This was a really rare instance of horribleness and I have learned to not let it hang over my head and scare me away from other potentially meaningful friendships.

Appreciate the time you have with people. This one is a little cliche, but before this decade, I had never experienced losing a loved one. This decade really taught me about grief. Death is hard enough, but when you know that the person was ill and is now out of pain, that makes it easier to accept the passing. I think the most shocking were the unexpected deaths. Also incredibly hard was my FIL passing. He was such an amazing Grandpa to Aurora and it still pains me that she won’t know him as she gets older. And that he never got the chance to smile and hug Bailey.

You are not entitled to anything. I expected to easily get a job after college (wrong), that I was healthy and would never experience a miscarriage (wrong), and that Sherlock wouldn’t experience back problems until he was really old and gray–if at all. Reality was a hard pill to swallow in each situation, but primarily through Sherlock’s rehabilitation. Obviously, I never expected to own a paralyzed dog. I envisioned him growing old and if he did have back problems (but that wouldn’t happen to him, it only happens to other people) it would be when he was really old. That expectation was not part of our future and it was not my right to expect for it to be. I have realized that life will unfold how it wants and all I can do is adapt. You don’t automatically deserve for anything to happen a certain way. This is an unfortunate reality for anyone experiencing fertility problems as well.

Goals for the year

I was listening to a podcast and the host suggested virtue-oriented resolutions to improve your character instead of task-oriented resolutions. I am all for personal growth! Admittedly, that there are far more virtues than I ever realized. There are a lot of good ones and obviously you can’t go wrong with choosing any of them.

The three virtues that I chose are:

Accountability: The quality or state of being accountable; especially: an obligation or willingness to accept responsibility or to account for one’s actions.

Contentment: The quality of feeling satisfied with one’s possessions, status, or situation.

What type of resolutions do you plan on pursuing for the new year/decade? 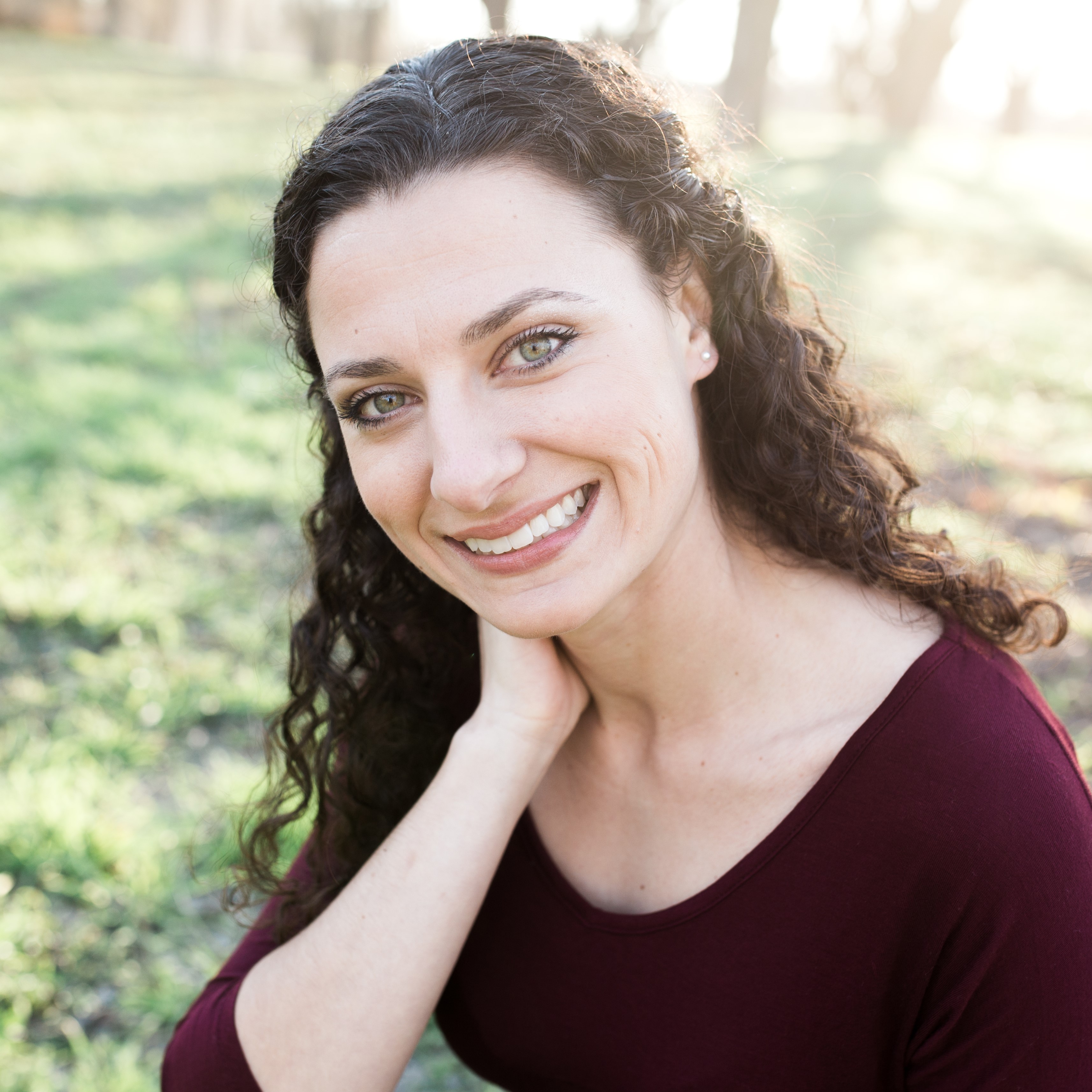 Hi, I'm Jackie. I'm a working mama and wife. I love to learn new things. I hope that I can share useful and helpful information about clean living, motherhood, and style in this space to help you feel good from the inside-out. 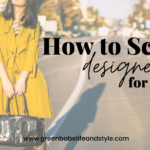 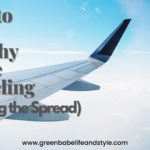 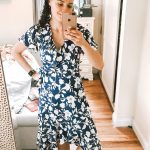 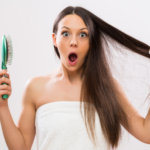 WAYS TO PURIFY YOUR AIR. ⁣ The smoke has cleared

Not ready for the summer to end! Thankfully, when

My reason for using clean/green/natural products..

We went to the beach yesterday to spend some time

My 3-year old got nailed with mosquito bites last

I started reading a book about Danish parenting an